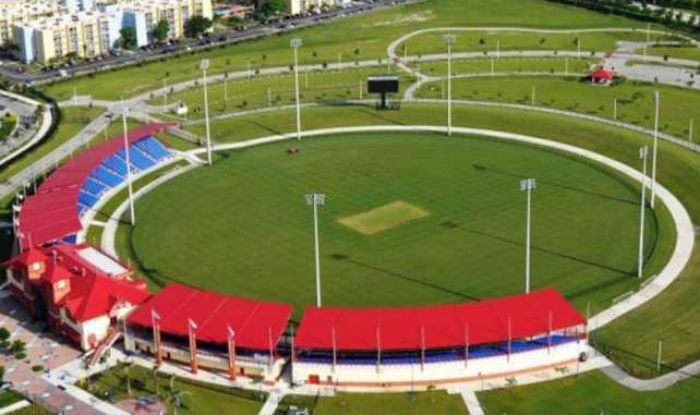 Fresh from securing a first overseas bilateral ODI series triumph since 2009 with a win at the ground at the weekend, Bangladesh return to the Warner Park stadium in Basseterre, St Kitts on Tuesday evening for the first of three T20 Internationals against the West Indies.

The West Indies are reigning world champions in the format, but currently only ranked seventh in the world, although this is still three places higher than their visitors. With the West Indies having comfortably won the Test series, and the Tigers taking revenge in their preferred ODIs, overall bragging rights are at stake over the next week.

The sides have met six times previously in the format, with the West Indies leading 3-2, and one no result. Bangladesh have never won on West Indies home soil.

The series is also intriguing for the fact that the second and third matches will take place at the Central Broward Regional Park stadium in Lauderhill, Florida rather than in the West Indies’ traditional Caribbean homelands. With the limited overs tour having started with ODIs in Guyana in South America, this may well be the first ever international tour to take in two continental landmasses! 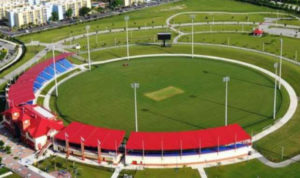 Above: The Central Broward Regional Park stadium in Lauderhill, Florida.

Some other quick stats and milestones to watch out for over the week:

The Tigers’ skipper currenrly has 77 T20I wickets to his name, enough for fifth place in the world. 8 wickets in the series will see move to 85 and a share of third place alongside Pakistani pair Saaed Ajmal and Umar Gul.

The seemingly ageless Jamaican has 1,573 Twenty20 International runs in his ledger, the second highest by a West Indian. With top placed Chris Gayle rested for his series, Marlon needs just 35 runs to move past the Universe Boss into first place.

Fresh from two centuries in the Tiger’s ODI series win, opener Tamim will be confident of notching up the 10 runs he needs to be the first Bangladeshi to 1,500 runs in T20Is.

Spinner Badree’s 56 wickets in Twenty20 Internationals currently see him in 17th place worldwide. So close are the rankings above him that just seven wickets in the series will see him dislodge New Zealand’s Tim Southee from the top ten.